We have had several letters sent to us of individuals who were experiencing appendicitis or appendicitis-like symptoms who experienced temporary relief by taking activated charcoal internally or by using a charcoal poultice externally, until they could get medical care. We are not suggesting that the use of charcoal is more than a temporary remedy. The individual should still seek medical attention or confirmation that the emergency is under control.

Again we thank the individuals who took the time to share their experiences and invite others to send us their stories (positive or negative) so we can share them here. 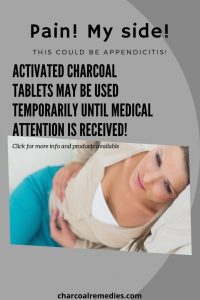 “I have been using charcoal as a preventative and for medicinal purposes for quite some time, but I have two stories that I would like to share.

When my daughter was 13 she came down with what I thought was a flu. She had a stomachache and was sick in her stomach but did not vomit. I treated her by giving her charcoal capsules. When she was not feeling better the next day I rushed her to the hospital only to find out she had a ruptured appendix that had been ruptured for three days. She did not have the normal appendicitis pain, just a bad stomachache.  After being examined at the hospital we were told if she had not taken the charcoal she would be dead. The charcoal kept absorbing the poison in her stomach from the ruptured appendix.”
Marianne
June 2006

I found this remarkable story posted by a doctor when she was still a nurse working in a hospital in southern Mexico back in the 1970s.

“One day in the Hospital Del Sureste in Villahermosa, an emergency came which baffled all the doctors. An open abscessed appendicitis was brought. The odor was so horrible from the rotting intestines that flies followed like a swarming cloud. The man was so sick, death was on his face. The Doctor Mijea pleaded with us for help. What do American doctors do in such cases, he frantically cried out to us. We had never seen anything go so far before medical help was given. As we prayed, I was impressed to urge that the doctor find a big huge bag of charcoal. In a very short time a big gunnysack full of charcoal arrived and was placed in the corner of the room. Immediately the charcoal began absorbing the horrible stench in the room.

“Cloths were soaked in charcoal water and then laid onto the open wound. On top of these wet cloths more charcoal was sprinkled than this dressing was covered over to keep flies off. Days and days of dressing changes every 2-3 hours around the clock and we began to see a difference. The wound began to heal and the abscess subsided. One day the doctors decided to take him into surgery and try to tie his intestines back together. They left the wound open for drainage. More packs of charcoal were applied.

“Over three months of care was given to this man and daily he improved. He was interested in the kind treatment he had received and the prayers. He decided to go next door to the church services. Finally the day came when he could stand up and he went to church. He was so happy. His faithful wife had stayed right by him helping every day….” 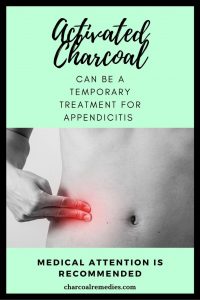