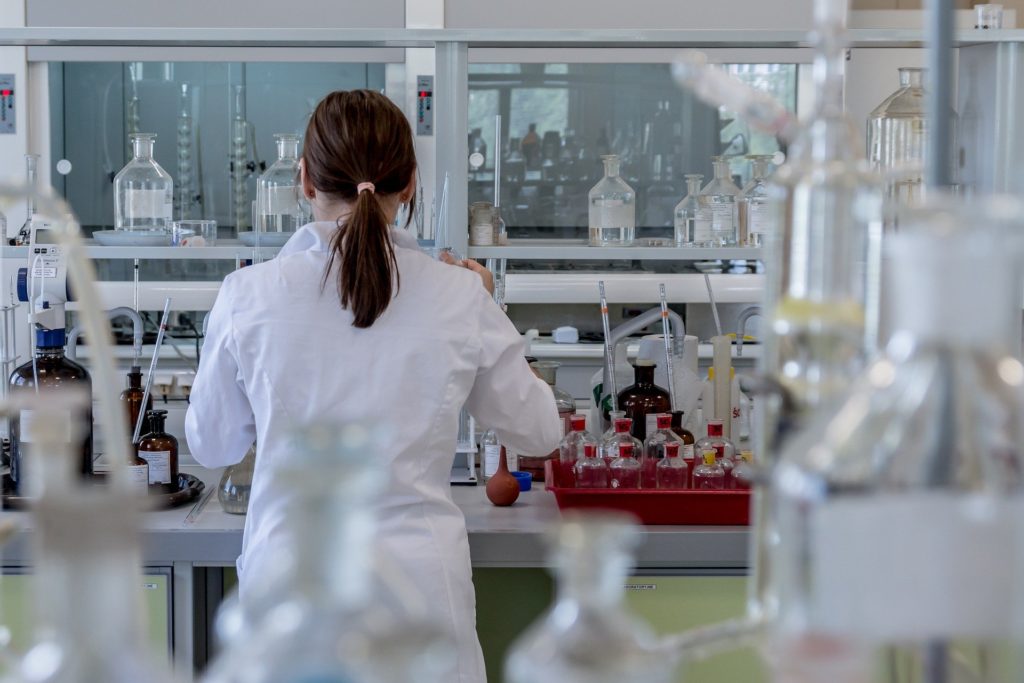 Scientific studies on the benefits and uses have been conducted since the 1800s. Some of the older studies are posted on other pages. We will attempt to add more recent studies here as they come to our notice. We will post them as we find them, not necessarily chronologically.

Hyperphosphatemia is an electrolyte disorder in which there is an elevated level of phosphate in the blood. Most people have no symptoms while others develop calcium deposits in the soft tissue. Often there is also low calcium levels which can result in muscle spasms. Renal and Urology News [March 5, 2019] Oral activated charcoal (OAC) can delay development of hyperphosphatemia and vascular calcifications in patients with stage 3–4 chronic kidney disease (CKD), according to the findings from a 2-phase trial published in the Journal of Nephrology…. In the first phasel, Zunsong Wang, MD, of Shandong University, and colleagues randomly assigned 97 Chinese patients to OAC (0.6–1.2 g thrice daily with food) or placebo. Over 12 months, hyperphosphatemia (defined as a serum phosphorus levels greater than 5.8 mg/dL), developed in a significantly smaller proportion of patients who took OAC compared with placebo recipients: 28.6% vs. 79.3%. In the second phase, investigators randomly allocated OAC, lanthanum carbonate, or calcium carbonate to patients with hyperphosphatemia. Results from coronary artery multidetector computed tomography showed that patients treated with lanthanum carbonate and OAC had significantly lower mean coronary calcification scores than those treated with calcium carbonate after 24 months: 431.4 vs 525.5 vs 688.1, respectively. The team found no significant score differences between the OAC and lanthanum carbonate groups. The most common adverse events with OAC were gastrointestinal disorders, such as constipation and abdominal distention or pain. “Activated charcoal has a strong adsorption force, with various pore sizes at the surface. After ingestion, it rapidly spreads in the intestine, strongly absorbing small molecules and toxic substances. It has a role in reducing blood phosphorus,” Dr Wang and his colleagues wrote. Since the study’s sample size was small, larger studies are needed to confirm the findings. Reference Gao Y, Wang G, Li Y, et al. Effects of oral activated charcoal on hyperphosphatemia and vascular calcification in Chinese patients with stage 3–4 chronic kidney disease. J Nephrol. 2018; DOI:10.1007/s40620-018-00571-1

This study, reported in the International Journal of Artificial Organs, demonstrated that activated charcoal beads, used in monolithic columns, were an effective method for removing inflammatory cytokines directly from the blood. These naturally produced blood factors are part of a healthy immune system that play an important part in triggering the body’s immune response to disease. But, they can easily reach beyond their healthy function and become dangerous. Pro-inflammatory cytokines tend to make a disease worse by causing, fever, inflammation, tissue destruction, and in some cases, even shock and death. Poor regulation of Inflammatory Cytokines by the body, has been linked to different diseases, such as atherosclerosis and cancer, as well as depression and other neurologically related effects to the body. Microbeads, developed from a polymer-derived activated charcoal, were incorporated into a blood-circulating system and demonstrated “good removal of the inflammatory cytokines IL-8 (100% removal), IL-6 (80% removal), and TNF (51% removal) from blood.” Cytokines such as IL-1β, IL-6, and TNF are associated with pathological pain.

Acute Psychotic Mania treated with Activated Charcoal “There is substantial evidence that bipolar disorder can be associated with an abnormal immuno-inflammatory background (Goldstein et al., 2009); therefore, we suspected that this inaugural manic episode occurring shortly after gastrectomy could have been induced by altered gut microbiota and intestinal barrier dysfunction (Collins and Bercik, 2009). Consequently, we hypothesized that activated charcoal, a potent adsorbent of inflammatory cytokines (Howell et al., 2006) that neutralizes the effect of inflammatory mediators in the gut, may improve both systemic inflammation and manic symptoms.” Australia & New Zealand Journal of Psychiatry (July 2015)

Abstract Chronic dialysis is a valid therapeutic option in very elderly ESRD patients, even though the decision to dialyze or not has little impact on survival. Additionally, very old patients usually do not agree with starting chronic dialysis. Even though, activated charcoal is a cheap treatment for working as adsorbent for nitrogenous products its utility is very limited. We studied the combination of a low protein diet and oral activated charcoal to reduce serum urea and creatinine levels in very old ESRD patients who had refused to start chronic dialysis. Nine lucid, very old > 80 years, ESRD patients who had refused to start dialysis were prescribed a treatment based on a combination of a very low protein diet and oral activated charcoal (30 gram/day). None of the patients had anuria, oliguria, edema, significant metabolic acidosis or hyperkalemia. None of them had significant gastrointestinal symptoms. After one week and ten months of charcoal use significant decrease in blood urea and creatinine levels was observed and none of them required emergency dialysis during this time. In conclusion, in patients more than 80 years of age low protein diet and oral activated charcoal may control the uremic symptoms effectively. Saudi J Kidney Dis Transpl. 2010 Jan;21(1):102-4.

Dialysis Free Protocol [including the use of Activated Charcoal] for Some End Stage Renal Disease Patients: The number of patients with End Stage Renal Disease (ESRD) is growing annually around the world. Provision of renal replacement therapy in the form of dialysis and transplant is relatively expensive. Recent studies have shown no survival benefit of early initiation of dialysis. Recent outcome data of the timing of dialysis treatment and the expenses and logistics of hemodialysis procedure have stimulated research on alternative strategies. The aim of this study is to introduce another type of renal replacement therapy for selective patients with advanced chronic kidney disease (CKD). Conclusion: the proposed dialysis free protocol using activated charcoal reduces the need for dialysis treatment at least transiently.

Effect of activated charcoal dressings on healing outcomes of chronic wounds. Two separate randomized controlled trials (RCTs) were undertaken; both used the same hydrocolloid as the control. One RCT compared Actisorb (without silver) with the control on chronic pressure ulcers and the other RCT compared Actisorb Silver 220 with the control on chronic venous leg ulcers. Patients were followed for four weeks. Sixty patients were enrolled into each study. There were differences in results at week 1 in favor of the treatment group in both studies, although the results for the two groups in each study were comparable at week 4. Activated charcoal dressing was better tolerated than the control. Conclusion: These clinical data indicate the potential usefulness of using activated charcoal impregnated with silver in the management of chronic wounds, even at the debridement stage.This dressing may help remove fluids and toxins that impair the healing process. (May, 2010)

Activated Charcoal (AC) Prevents Cerebral Malaria in Laboratory Mice: study to determine 1) to what degree oral AC would prevent Cerebral Malaria and 2) because AC dramatically reduces the effect of Quinine, to determine to what degree AC might interfere with the effectiveness of artemisinin, the malaria treatment of choice. Researchers concluded: “We found that oral AC provided significant protection against… Experimental Cerebral Malaria (ECM), increasing overall survival time (95%) compared to untreated mice…” To evaluate whether oral AC might affect the effectiveness of artemisinin, researchers conducted a randomized controlled open label trial in 52 human volunteers. “We demonstrated that co-administration of oral AC was safe and well-tolerated.” (April 2010)

The treatment of acne, both inflammatory and non-inflammatory, still presents problems to patients and dermatologists. A new technique was developed by Dr. SI Chun in Seoul, Korea, comparing two different sets of laser treatments in combination with a topical activated charcoal lotion. A 14-year old girl was chosen who had moderate to severe pustular and cystic acne over the sides of her cheeks and chin. First a topical anesthesia was applied to the face followed by an activated charcoal lotion. The affected areas were then treated with two different laser frequencies. Six treatments were given, two weeks apart. The researchers reported: “The procedure was well-tolerated. By the fourth treatment significant improvement was observed, and by the sixth treatment, better than 90% clearance of inflammatory lesions was achieved. At the 8-week follow-up after the last treatment, long-lasting improvements in the patient’s acne were noted. Improvement was also noted in closed comedones and in the general skin condition, especially pores, sebum reduction, and the red spots seen after inflammatory acne. The patient was satisfied with the result. This new, minimally invasive technique as a stand-alone treatment gave very good clearance of inflammatory acne with minimal patient down time. Marked reduction in active acne was observed during treatments and at the 2-month follow-up visit…” For the full report go to: Photomedicine and Laser Surgery. 02/2011; 29(2):131-5. Source: PubMed One is left wondering, to what extent would the activated charcoal lotion have benefited the patient on its own merits? We have received testimonies from individuals who have reported positive results from using charcoal facials, charcoal soaps, charcoal crèmes and salves in the treatment of acne and other skin complication such as cellulitis and shingles.

Effect of Activated Charcoal on Hypercholesterolaemia.

Efficacy of Activated Charcoal in Reducing Intestinal Gas: a double-blind clinical trial. Jain NK, Patel VP, Pitchumoni CS. Abstract: Available data on the efficacy of activated charcoal in reducing lower intestinal gas and accompanying symptoms are conflicting. We conducted a double-blind clinical trial on two population groups in the United States (n = 30) and India (n = 69) known to differ in their dietary habits and ecology of gut flora. Using lactulose as the substrate, breath hydrogen levels were measured to quantify the amount of gas produced in the colon. In comparison to a placebo, activated charcoal significantly (p less than 0.05) reduced breath hydrogen levels in both the population groups. Symptoms of bloating and abdominal cramps attributable to gaseousness were also significantly reduced in both groups by activated charcoal. Am J Gastroenterol. 1986 Jul;81(7):532-5.