Recently I was sent an article (A Case of Gut-Induced Mania) by Kelly Brogan MD. A psychiatrist herself, she has become an outspoken critic of modern psychiatry. She describes modern psychiatry as in a state of “freefall, with its priesthood abandoning its own tenets around biomedical explanations for mental illness.” Dr Brogan is the author of the best-seller “A Mind of Your Own.” As someone who wants to get to the root cause of mental disorders, rather than doling out toxic psychotropic drugs, she posted a research paper* demonstrating the intimate connections between the gut and the brain, and how activated charcoal helped to resolve a case of acute psychotic mania.

A 46-year old woman underwent gastric bypass surgery, and 15 days later required hospitalization for new-onset mania with symptoms of agitation, irritability, communication dysfunction, reckless spending associated with delusional ideas and hallucinations. Based on other research, doctors wondered if the surgery consequently altered the gut flora, reduced the ability of the intestinal lining to stop the migration of inflammatory cytokines into the blood stream, which lead to a cytokine storm. High levels of cytokines have been associated with bipolar disorders. Doctors believed administering activated charcoal would neutralize these inflammatory chemicals, thus reducing the systemic inflammation, and thereby resolve the manic symptoms. They were right. Two weeks after administering activated charcoal the patient showed no signs of mania. No psychotropic drugs were given. 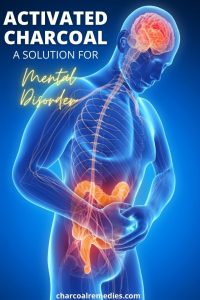 Dr Brogan observes:
“One thing is now clear: bipolar, depression, schizophrenia, panic, ADHD, eating disorders, PTSD, and the many other descriptors in the ever-expanding DSM (Diagnostic and Statistical Manual of Mental Disorders compiled by the psychiatric profession) are not medical diagnoses unto themselves. Not one of these labels has a validated scientific model to support it. Not one of them is what pharmaceutical companies and your friendly doctor have told you they are – a chemical imbalance [in your brain] you were born with that requires a chemical fix, for life.”

In the above case, whatever the mechanisms involved, the gut-brain connection was obvious, and one is left to wonder, what other exaggerated or crippling mental behaviors might be associated with diet, and might also be benefited by the treatment of activated charcoal? Considering the fact that charcoal has for thousands of years resolved a wide range of GI health issues, and that it will do no harm, if it does no good, I am surprised that activate charcoal is not experimented with in other mental health conditions. The gut connection between the MMR vaccine and Autism in children is certainly one concerned parents would want to consider. 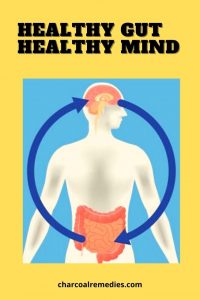 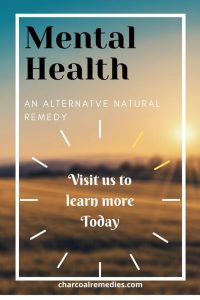 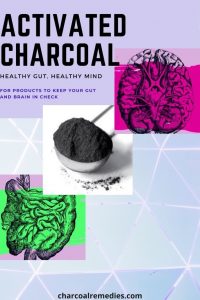