Colic in babies may stem from a combination of factors, but the result is always the same—a very unhappy baby and very tired parents. Activated charcoal is a safe and natural colic home remedy that quickly relieves infants and parents alike. 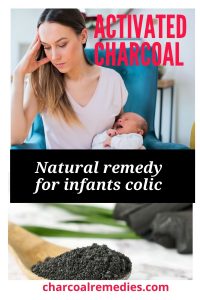 It is not uncommon for newborn babies to go through periods when they appear abnormally irritable or seemingly cry for no reason. Common symptoms of colic include:

Infantile colic is most common in the first few weeks to four months of an infant’s life and seldom persists past six months of age. The “Rule of Threes” says, a baby that cries for three or more hours per day, at least three times per week, within a three month period is most likely suffering from colic. About 25% of babies worldwide meet the official criteria for colic.

What causes infants to become colicky? There appear to be several contributing factors that, when occurring in combination, are likely to result in colic pain and discomfort:

Keeping the home life quiet and simple and the foods simple, with few varieties at the same meal, will go a long way in avoiding the distress on everyone of a colicky baby. But should the need arise, activated charcoal is a wonderfully simple colic home remedy that can bring relief to all.

“My son Alonzo is now 2 months and his colic started 2 weeks after he was born. There were many long nights with very little sleep. It was exhausting, but now that  I have purchased Colic Calm, my baby boy is a very happy baby. I get plenty of rest with no more long hours of fussiness. I will tell everyone that I know about Colic Calm and recommend them to order it. Thank You!!!”
Norma O. Phoenix, AZ

“Our baby Emma seems to be doing much better. Actually, only a few days after using the Colic Calm, she seemed to not show any more signs of colic.” Dina J. —Prescott, AZ

“I just received my shipment of Colic Calm for my great grand son. He’s almost 3 months old and Colic Calm is a life saver. He has had a rough start in life to begin with. He had some health problems at birth but is doing ok in that area right now. He had colic very bad and my granddaughter was at her wits end and didn’t know what to try. Her doctor was of no help at all. He  just told her to live with it and eventually it would go away. Easy for him to say. He wasn’t the one up all night with him. I would just like to say a big THANK YOU. This product is worth  its weight in gold, and then some. Thanks again!!!!!”
Patricia T. Saginaw, MI

“Our baby Emma seems to be doing much better. Actually, only a few days after using the Colic Calm, she seemed to not show any more signs of colic. The only time she is really fussy now is if I eat spicy food that doesn’t agree with her. Thank you for your help.”
Dina J. Prescott Valley, AZ

“Dear Kimberly, thank you for sending me the Colic Calm which arrived safely and my baby loves. It is helping her so much with the acid reflux and it is lovely to see her smiling and giggling instead of screaming in pain.
Fiona, England”Our son was born full term but shortly after birth he was diagnosed with a Phneumothorax (hole in the lung).  He was admitted to the NICU where he received treatment for the condition.  He left the NICU and headed home with a clean bill of health except for some digestion issues which the neonatologists felt would resolve on their own.

After bringing him home we knew something was still wrong as he cried excessively for hours on end, often all day long.  We at first thought it was colic.  At 4 weeks old he was diagnosed with being allergic to regular infant formulas and milk protein.  We’ve tried every formula on the market and finally settled on one that “worked” the best for him after all others were ruled out.  When he has particularly bad crying spells and is very uncomfortable we bring out the colic calm.  Within 5 minutes he usually improves and is often smiling again.  As soon as we administer it he quiets as he loves the taste of it!  We consulted our pediatrician and even the pediatric nutritionist about using Colic Calm and both told us it was safe and OK to use.  Our son does not have typical colic but we’ve quickly realized what a wonderful product Colic Calm is as it helps alleviate his discomfort that the allergic reaction causes him.  Thank you Colic Calm for a product that really does work and thank you Kimberly for your top-notch customer service!”Adam’s Mom, Minnesota

“As soon as I brought my baby boy home it all started, the constant crying, bringing his legs up in pain, and he would not sleep more than 1 hour straight. I was getting no sleep. My doctor said he had colic and that I should just wait the 3 months out and it will be better then. But I bought everything possible from special colic formula to special colic bottles. Nothing worked until I found Colic Calm.

My goodness what a product. I gave this to my son when he was about 6 weeks old. Pretty much straight away I noticed a difference. I was giving him the maximum dose recommended. He is now 3 months and I still give him the Colic Calm only one dose with his night bottle. It helps to bring his wind up more and I believe it really settles him. Colic Calm really got me through those tough weeks so thank you very much.”
Kristy, Australia

Not all colic is confined to babies. After many experiences, Dr. Dana, NMD, has discovered that charcoal is an excellent preventive for what she terms ‘Killer Colic’.

“I often prescribe charcoal as a preventive for post-surgical colic. I recommend that those of my patients scheduled for intestinal or gynecological surgery take six capsules of activated charcoal at the second to last meal before stopping food intake in preparation for surgery. At midnight, they are to take more charcoal, and then nothing more at all until after their surgery. In my own case, after surgery, the doctors kept waiting for me to pass gas as a sign that my bowels were again functioning. They did not want to feed me or release me, but I assured them that I had no gas, and that my bowels were working just fine.” CharcoalRemedies.com page 159

To find out more how charcoal can help you treat colic and other common ailments, simply and naturally, right in your home, order the book CharcoalRemedies.com now. 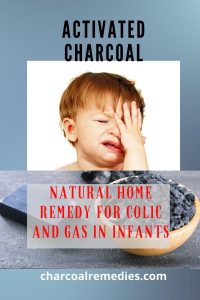 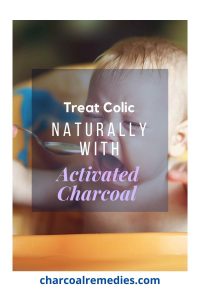 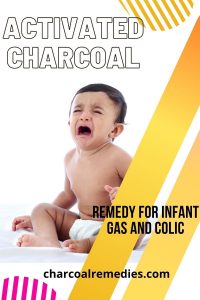