Activated Charcoal, as an alternative remedy, and its use related to Colitis.

In an October 2014 article by the American Journal of Gastroenterology the oral use of activated charcoal was associated with the symptoms of colitis.
“A man who hoped to detoxify his body with a supplement known as activated charcoal may have instead triggered a case of the intestinal disorder known as colitis… While it’s not clear if the over-the-counter supplement actually made the man sick, he recovered after he stopped taking it, the report found.” 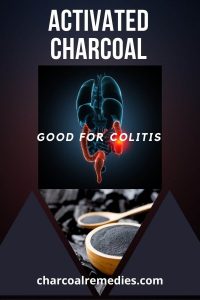 We should not be surprised by such a reaction to charcoal powder in people with lower bowel disease. That is, if the person is taking a coarse grade of charcoal powder. Typically, the grade of charcoal powder dispensed by hospitals for emergency treatment of poisoning or drug overdose or food poisoning, has a distinct grittiness (80×325 mesh). People with lower bowel disease such as colitis, Crohn’s, IBS, or Celiac, because of the sensitive condition of their bowels from the disease, are more prone to sensitivities to coarse foods, which in fact do trigger inflammation of the colon in some individuals.

In the article Dr. Jessica Davis (Internal Medicine) comments, “[people] should be wary of articles on the Internet which suggest activated charcoal can treat colitis, inflammatory bowel disease and irritable bowel syndrome. Our case report suggests activated charcoal can actually cause inflammation of the colon known as colitis.”

I think there is room for discussion on this point. The Mayo Clinic has developed a charcoal product to treat pouchitis, or inflammation of the ileal pouch (an artificial rectum surgically created in patients who have undergone a colectomy), which is created in the management of patients with ulcerative colitis and indeterminate colitis.

The issue we see, from dialoging with people suffering colitis or other similar colon diseases, is the grade of the activated charcoal powder. Yes, it is not difficult to see why a coarse grade of charcoal powder could trigger an inflammatory response especially in people with sensitive bowels. But raw vegetables can and do trigger events.

Our experience is, if at risk people will follow one of two strategies, we have never heard of an unpleasant reaction.

I believe Dr Davis and others who hear of cases similar to that above, will find the above measure will avoid triggering bowel inflammation from the oral use of activated charcoal.

Dr Davis concludes: “Patients should be aware that if they are taking over-the-counter or herbal supplements, they may cause more harm than benefit.” I would agree. But, considering the far dire effects of toxic drugs (including strychnine) being prescribed by doctors in hospitals, associated with 400,000 deaths a year (British Journal of Medicine, May 2016), adverse events like this one, need to be put in proper perspective. Again and again the article said, “not clear” “may cause” “possible case of colitis” “not 100 percent certain” “if” “not clear”. “It’s also not known how the supplement might have caused colitis in the first place.”

To say the patient contracted colitis from charcoal is a wild diagnosis. Just because he experienced colitis-like symptoms does not mean the charcoal caused colitis. It is far more likely the man was a candidate for colitis, and the abrasive nature of charcoal triggered the event.

I would, however, have to agree with Dr. Davis that the charcoal powder was most likely the offending agent. But, this same man could have gone to the hospital for food poisoning, been given a lot more charcoal powder by a drug practitioner, experienced the same symptoms, and little would have been made of it. But because this one very rare event was associated with a benign, alternative remedy and an “alternative health practitioner,” the event has been magnified out of proportion.

Depending on the source, activated charcoal particles can be very abrasive. I suggest it was the abrasive nature of the charcoal that triggered the reaction, the same way silica powder, or diamond dust would have done the same.

As noted in the article, activated charcoal does have a great affinity for toxins. Since it is well understood that even different foods (such as dairy products) and drugs, can trigger explosive inflammation of the colon, it is not a stretch for someone to think maybe charcoal, with its aggressive attraction for thousands of toxins (including E. Coli endotoxins that can trigger severe antibiotic resistant diarrhea), might be a benign treatment to reduce toxin-induced inflammation of the gut.

For future reference, I would humbly suggest that alternative health practitioners and drug practitioners take note of this case and review the two recommendations above. Having done that, if the charcoal does not relieve fatigue, or any other health issue, then you can take comfort in the fact that it did no harm. Dispensers of toxic drugs cannot sleep at night with the same assurance. 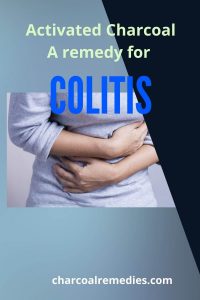 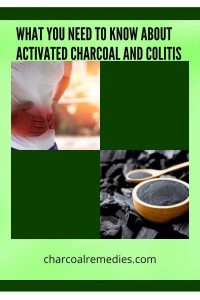