“Activated charcoal may reduce the risk of heart disease in patients with kidney disease, according to a study conducted by researchers from Vanderbilt University and presented at the 42nd Annual Meeting and Scientific Exposition of the American Society of Nephrology.

“We found that oral activated charcoal lessens atherosclerotic lesions in experimental mice with kidney damage,” researcher Valentina Kon said. “This is especially important because there is no effective treatment to reduce the high rate of cardiovascular mortality in patients with end-stage renal disease.”

Patients with advanced kidney disease suffer a significantly elevated risk of developing hardened arteries (atherosclerosis), as well as a heightened risk of death from cardiovascular disease.

Charcoal has a long history of use as a poison antidote, due to its ability to bind to molecules (adsorption) and remove them from the body. In modern times, activated charcoal—designed to have a larger surface area and correspondingly higher adsorption capability—has shown benefits far beyond poison control. It has shown success in reducing oxidative stress (linked to a number of chronic diseases); lowering levels of lipids, cholesterol and triglycerides in the blood, brain, heart and liver; and slowing the progression of chronic kidney disease, perhaps by removing toxins before they reach the kidneys.

In the current study, researchers administered the chemotherapy drug adriamycin—which can cause severe cardiovascular damage—to rats that had been genetically engineered to develop heart disease. They then surgically removed each animal’s right kidney. Two weeks later, they began to treat half the rats with activated charcoal. Ten weeks later, all the rats were killed for analysis. 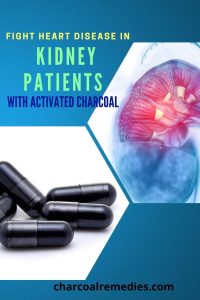 Although kidney function and blood pressure were similar between the two groups, rats that had been treated with activated charcoal had significantly lower levels of the oxidative stress markers that are correlated with blood vessel inflammation.

Because it binds to vitamins, minerals and hormones as well as to unhealthy substances, activated charcoal should only be taken under medical supervision.”

Editor’s Comment: this is fascinating research but not unexpected given, as the author notes, charcoal’s ability to indirectly lower blood lipids and bind hundreds of known vascular irritants. But his final caution is completely without foundation. There is no research (that I have seen to date) that shows conclusively that vegetable-based activated charcoal binds essential natural food nutrients and hormones. There is some reference to binding their man-made counterparts. 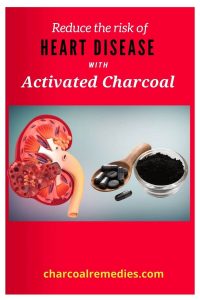 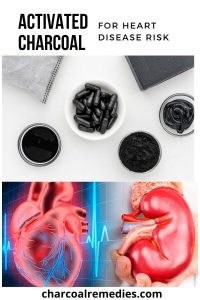 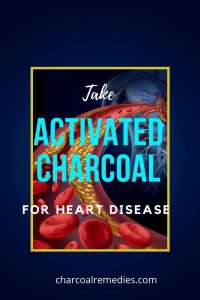