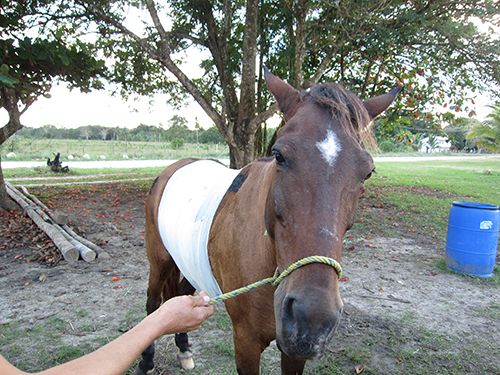 Hit By A Truck

Our neighbor needed help. A truck had hit his best horse and the veterinarian refused to come see a horse that would soon die. After a suggestion from one of the missionary’s daughters, it was decided to do a charcoal poultice on the horse. The accident had happened many hours before we were able to start treatments. The horse, Jay, had a fever and was not doing well. After cleaning up the large, open wound on his torso, and the many smaller wounds on his legs and face, we were able to get a monster-sized charcoal poultice made up. The charcoal reduced Jay’s fever and he started acting like his normal, curious self. He had to be tied up because he was trying to bite the poultices off. This was a very messy job, but 2 times a day the wound had to be cleaned and re-bandaged. The owners learned how to do the treatment, but we continued to visit with our friends. Jay was hit on February 4, 2013 and by July 25, 2013 (less than 6 months) his wound was completely closed up (see attached photos). He never went to the doctor and he never got stitches. With many prayers and lots of messy bandage changes he was able to recover from his accident. Jay is now, four years later, one of our neighbor’s best horses and continues to be a joy for the missionary kids to ride.

Before
Before
Bandaged
After

VetDtox™ is a high quality activated carbon used in animal feeds as an antidote for poisoning and to control diarrhea – e.g. as a result of food poisoning. Its source and specifications match very closely to Veterinair® – used extensively in Europe. Added side benefit is its ability to help control animal odors. 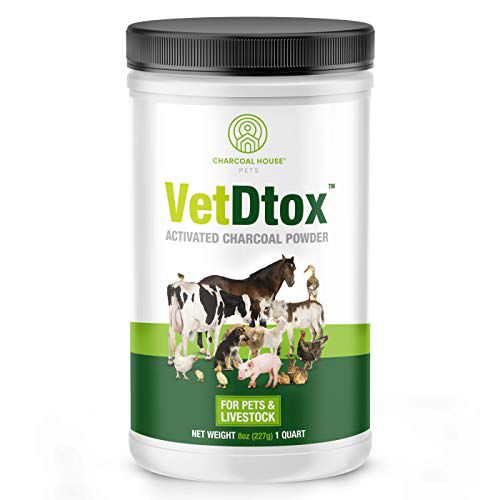