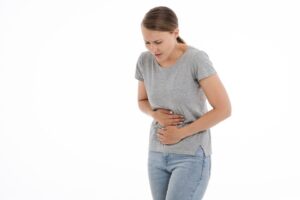 “When I returned to Canada from the Pacific, I decided to move to Cape Breton, Nova Scotia. I purchased this old farmhouse and began some major renovation work. One day I needed a tool for a job and headed off to the nearest tool rental store. As we were loading the truck, I could tell that the young attendant who was helping me was in a lot of discomfort. Seeing the strain in his face, I asked if something was bothering him. He said he was suffering with ulcers.

“In his mid-twenties, John’s duodenal ulcers had become so bad that they were affecting his marriage. After admitting he drank coffee, I explained that coffee dramatically increases the acid production in the stomach. He said that if he had to stop his coffee then he would live with the ulcers. “Well” I said, “then you can think about having eroding ulcers”. That grabbed his attention, so I told him about charcoal, and how it works amazingly well to neutralize stomach acidity. Skepticism spread across his face with that typical Cape Breton look that says, “Go ‘way!” Hoping it would inspire a degree of confidence in my unusual remedy, I directed him to the pharmacy, where they could order the charcoal, if there wasn’t any in stock.

“Then I realized that his going to the drugstore was not going to happen. Just for such skeptical folks, I carry a small bottle of charcoal capsules in the truck. I pulled it out, gave it to him with some simple instructions, and said goodbye.

“I didn’t see him until the following week. With a big grin, he immediately announced, “I am totally free”. All his symptoms were gone. I could tell just by looking at his face. Keep in mind that John had had these severe pains for quite some time. I then had a chance to mention other items he needed to be careful with, such as spices, condiments, and smoking.

“I saw John a month or two later and he said in a very confident manner that not only had he stopped coffee, but that he had also stopped smoking. Now, if he were to feel some acid indigestion coming on, what do you think he will reach for, some brand name antacid with calcium, which actually increases acid production? No, like many others, John knows ‘relief’ can also be spelled:  C-H-A-R-C-O-A-L” CharcoalRemedies.com page 30

To find out more how charcoal can help you control the excessive gastric acid associated with peptic ulcers and to treat other common ailments, simply and naturally, right in your home, order the book CharcoalRemedies.com now.

Impressed by the short story, particularly the out come of charcoal use

Thanks John! We appreciate you stopping by.